Called 911 On My Neighbor and the Next Paint Night Images 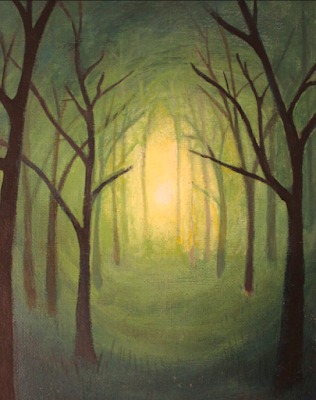 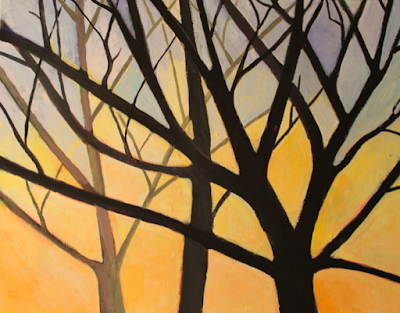 My sister told me to tell as many people as possible about this, so I am telling you.

My neighbor has been abusing me and last night was again really bad. He has the upstairs apartment. I have been painting in the kitchen to be as far away from him as possible, and so he could not tell I was home. I was painting without making a sound. I was wearing ear phones before he got here. I did not turn the overhead light on because he scares me and I knew he was likely to be a nuisance--too mild of a word--a violent aggressive abusive jerk. I am taking a break from painting. I feel ill and need to sit down. I am sitting mostly in the dark .

He has been bothering me for ages. I already called the police on him once because he threw my bike out on the porch three times. He wrecked my bike and I had to get it fixed. He did not pay for the repairs. He broke my kitchen light from stomping. Three times I had to get the tubes replaces and finally he broke the whole thing. My sister's partner came over and installed a new light fixture for me. 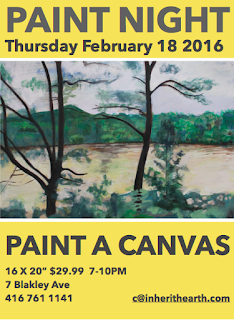 Right now waiting for the police to show up. My neighbor came in a little while ago, pounding on my door saying I turned the heat off. Did not.

He called me a piece of garbage at least 6 times. He threatened me and called me a psyco f**cking B**ch. He calle dme a fscist.  called 911 while he ranted and was so grateful the officer on the other end talked nicely to me, asked me questions while this guy hollered. I was glad the cop could hear him. He was screaming that I was calling my friends to talk shit about him but really I was on the phone with the police.

He smokes cigarettes up there and I am allergic so he came down and had one outside my door while he ranted. After I got off the phone with the police, I moved to paint into the kitchen while he stomped and ranted. It has been three days in a row this time, morning and night. I put headphones on, lsitened to music,  and turned the tape recorder to record this jerk, only I was so upset I forgot to plug it in. At least I didnt listen to all the terrible and scary things he was saying I hope they get here soon. He will go to sleep and snore so I can hear him. He is gross and disgusting and insults me, threatens me and terrifies me.

I hope the police get here soon. It has been about an hour I think. I am hungry but too scared to eat. I realize how long this has been going on and I somehow let it. Did I think I deserved it?  I didnt dial right, it took me three times to call 911. I was shaking so hard. It was like I was not myself.  I finally managed to dial and held the phone up so the cop could hear. I was too scared to say anything because the dick would have heard me. I didnt have the phone on speakerphone like I usually do, which was smart of me in my tremors and spasms of fear and shock. I could hear the cop saying "Hello"

I moved to the kitchen with the phone and asked if he could hear him and he said he could. I was so grateful. Now they have proof what happened and if it happens again. I was glad the cop kept talking to me.

The dick did not stop. He stomped and stomped. Did my asshole landlord not tell him he wrecked the light? He must have said something because the upstairs dick said I changed the electric and I am not allowed to do that. I wish the cops would come now. That asshole will go to sleep. I want to move on. I want to make something to eat.

I called my sister. I wanted company on the phone but she is not answering her phone. I left her a message and later she told me she could hear him being terrible to me, calling a fascist. I wanted her partner to come here with his baseball bat and bash his knees in.

The cops came an hour and a half later. He told me he had 5 weeks holidays and would take two in a row to stay here and bother me everyday. He told me he would embarrass me when I had company. I told the cops some of what he said. They knocked on his door and went up to to talk to him. They told me he said he would leave me alone, but at midnight started stomping on the kitchen ceiling.

It has been physically and mentally very hard on me these past few days.

I am struggling to pay my rent and this on top of it made me feel so bad.

Otherwise I am good. 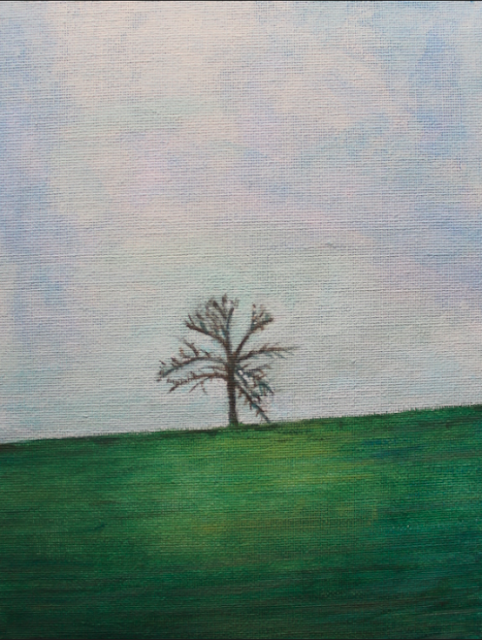 This next Paint Night is a tree based theme. There are the ideas I came up with. Which one do you like best? Which one would you like to paint?

Posted by Ciffyvanlooadoo at 6:44 PM