Creepy Man Attempts to Shame Me into Dating HIm. Yuck

This man contacted me on pof. I was not attracted to him in the least. He is 70 years old, too old for me and not my type in the least. I sent him my nice form letter:


Hi to you too Thank you for the note, it made me smile.

You are handsome and seem interesting but I do not feel we are a match. I wish you the best in your search here.


I think this is pretty clear I am not interested in the guy. He continued to email me and say he was interested in buying a piece of art. Cool. I need the dosh. We met for coffee and he had bought me fruit salad and some other snacky type things. I told them I would not eat them. I eat organic for the most part and would not enjoy a store bought fruit salad. I had a coffee. He talked too loud. He seemed nice, like a nice person. He told me all his good acts. He dropped money in front of a poor person in Sobey's and told them they dropped the money.

He came over after and I showed him my work. He chose a small piece that I hadnt photographed. An abstract with the word "Affection" written in a pretty script across the top. I think it was $250.00

He seemed to let it go. He emailed me pictures he took and washed out with his effects. He thought that was amazing. I didnt but I did not tell him that. That he was exploring his creativity was cool with me.

He started sending me things. A kettle, why I dont know. He sent me a toaster, which was cool, I havent had a toaster in decades. He wanted me to use his old phone so I could get texts while looking for work. I told him I didnt want his old phone but he was persistent. He said he would give me the 100 bucks to get a year card that I could text all I wanted. I agreed and we went to the Roger's store. They wanted a credit card. I dont have one. He was going to use his, but I said no, I am not feeling right about this. I didnt get hi sold phone connected and I was glad, relieved.

He went to Cuba and emailed me here and there. He said he wanted to take me to Florida for 10 days. I told him I wouldnt do that.

He came back and asked if we could get together. I said sure let's catch a coffee. He said Second City again and I said no. He emailed me something like "I am one of those dumb guys that keeps emailing you" He said "all I did for you and you offer me coffee" then later down in the email "I am someone who gave you so much for nothing" I copy/pasted that and told him to make up his mind, which was it. I told him not to be mean. I told him I told him the very first correspondence that I was not into him romantically. He wrote back the most bazaar email telling me I "wanted a guy with long hair that would abuse" me. What? I told him he was abusing me. I told him I am not into him that way and dont deserve this crap from him. He persisted. I told him he was being creepy and now I hated him.

He told me my art sucked. Jeez.

Then a few days later he sent me an email telling me three  good things he did that day. How he helped people. I didnt respond. Then he contacted me the other day on pof, and said from my pictures what was I expecting a Saudi prince. I didnt realize it was him and thought it was some rude random guy. I sent my form letter to make him go away. He wrote back "Nfjngh"  What? How weird. I looked at the profile and realized it was this jerk. I told him to let it go, I wasnt into him that way and I said I would report him if he kept harassing me. I blocked him. He thinks he is a "good" person. He tries to guilt me and shame me because I find him repulsive in a romantic sense. I didnt tell him I thought he was repulsive, I was not blunt like that. I made it very clear that I was not into him that way, that I didnt expect him to send me things, he didnt need to send me things.

Anyway eff him and his creepy dyed hair. I loathe him. I am pretty happy that I didnt bite down on the hook he tried stick in me. Shaming me and saying horrible things. I see it for what it is. He is a creepy guy who resorts to meanness and guilt tripping when he doesnt get his way. He can so eff off.

I would get off pof but it has not been wholly terrible for me.
Posted by Ciffyvanlooadoo at 11:03 AM No comments:

Deeply disturbing last little while. I was talking via email to a guy on pof. He is a single dad. He is 60 an dhis kid is 8 or 9. He told me he has sole custody of his son. My heart went out to him, that must be difficult.

Finally we spoke on the phone last night and he told me his full name and to google him. He was giving me a heads up as to what I would find if I googled him on my own. At first I did not find the obvious links which were actually first. An example of how things can be in plain sight and not seen. I saw he owned a Canadian Tire store. That is pretty cool.

He bad-mouthed his ex. He told me he had another 21 year old son. I felt a twinge of jealousy. I have not been married and have no children. I wanted children in context of a family. A man who I loved and loved me back and a wanted child. It did not work out.

I liked his voice and we laughed. He laughed at me and my points of view. We planned to meet for coffee next week.

Later he sent me some more pictures of himself. I asked him if he had any without his son. In all the pictures on his profile he is holding his son really tightly. It felt a bit ominous. Maybe his son has mobility issues, like Parkinson's? I felt somewhat unnerved by the intensity of his hold on his kid. I felt bad as soon as I asked him for a picture of him without his kid. He said he only has pictures of himself with his son or fish, which he assured me he throws the fish back to let them swim away. Maybe he keeps one for the BBQ he said.

I am not sure how the subject came up but he said he used to hunt. That he was born in '56 when hunting and fishing were a thing.

He said he used to hunt when he was younger, and then when he emailed later he said he ate all the meat he shot but he doesnt do that anymore but he does not make apologies for how "we" thought earlier.
Later he emailed me after I sent him pictures of me, he had asked for more. I sent him one of me at the beach with Daisy. She had written my name in the sand and the date for my birthday. Daisy wasnt in the picture, she took me to Wasaga for my birthday. He replied back, "Ciffyvanlooadoo is your sister?..."

So I googled again

Oh my god. The link opens and there he is holding up a giant majestic dead leopard that he shot and killed and he is smiling. The link is poorly written, bad grammar all through and plainly poorly written. All about how he got sole custody of his first child and now he has sole custody from his second marriage and his second child. It sounded like he didnt live with the kid for the first 7 years of his life. The mom had him but then he got a good family lawyer and paid her well enough that he ended with the kid. It said he paid out a million bucks for the court case and the case was not fair. Whoever has the most money wins. It said he was charged with physically assaulting his wives, or wife. It said that he shot a gorilla. The picture of  him holding that giant dead leopard seared into my heart and my head.

Red flags were waving all over. I wrote him and said I found the link and would take a pass on meeting him that I was not in a place to handle it. I then wrote and asked him if he ate the wold cat. He said he ate what he killed no exceptions. Did he eat a gorilla/ i am heartsick and nauseated about this. he said he was getting a court order to make that link go away. I feel sorry for women who will enter into a relationship with him and not know this about him

Red flags. He claimed he hunted due to when he was born. Robert Bateman born in 1930 has never killed/murdered an animal. Lame excuse. He said he stopped hunting when he was young, when we were on the phone and then when I asked him if ate the poor dead leopard he said he stopped hunting ten years ago. That was 2006. He was 50. He was neither young, nor was that very long ago in terms of consciousness.

Red flags. He said he didnt have pictures of himself because he only got his picture taken when he was with his son or fishing. He emailed me with his iphone. Yeah so take a dang selfie dude.

I feel sick to my guts about this. I feel sorry for that kid who is deprived of his mom. His older son is deprivd of his mom. He was abusive physically. How awful. He comes off as faultless, the victim.


I will not look at Canadian Tire the same again and I will not get the picture of that poor murdered wildcat from Zimbabwe out of my head or heart. How can you murder and animal like that and then eat it?

He reminds me of Trump. Trump is divisive. He is not inclusive. His sons shoot wild animals.

I had a nightmare last night about an animal eating another animal live in one gulp. Today kind of sucked. The whole day had a rag full of gasoline laid over it, putrid and horrid.

I ran out of ink and had to go to Staples on my bike. Luckily it had stopped raining. I was fretting because of how broke I am and buying ink is not an expense I felt I could manage, but I did. That's how it is, I need something, I get it. I get it and hope for the best.

I went out in the garden and raked the front and back yard. The sun had come out. That was nice. I had a shower and then made some roasted vegetables and chicken legs that I just finished eating some. I will turn the rest into soup tomorrow. 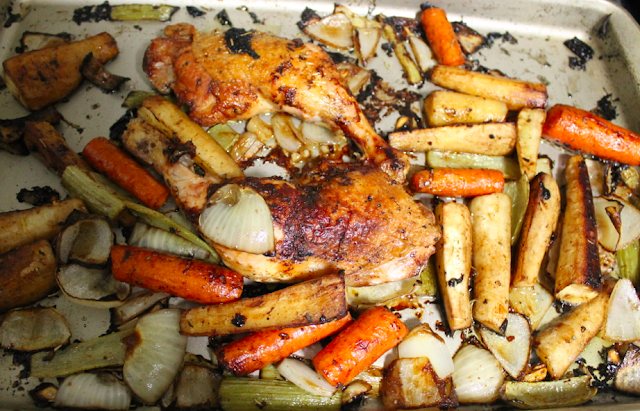